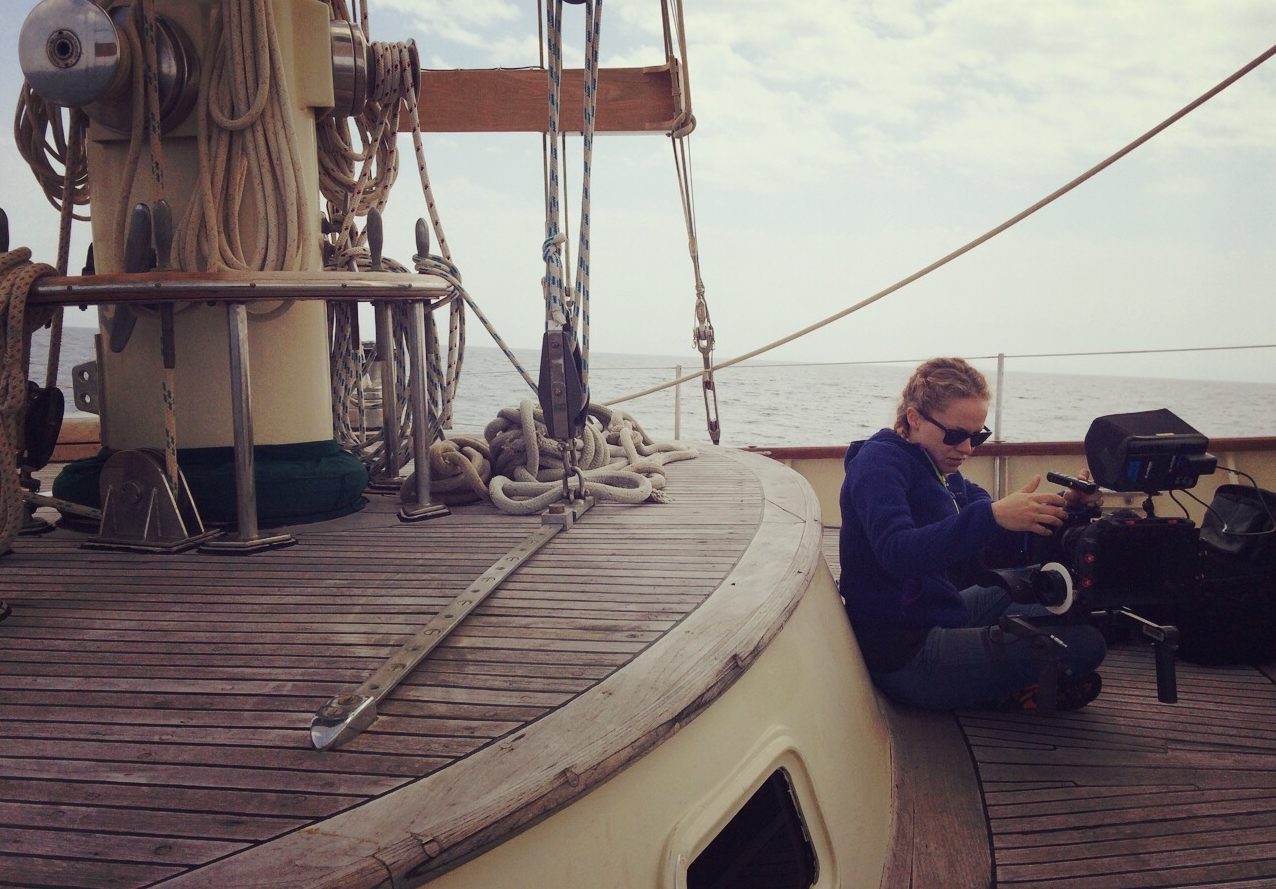 “My knowledge and experience as camera woman, my intuition and communication skills as an actress, my aesthetic criteria for dance and physical expression and my sensitivity towards the creation of characters and stories, has led me, among other adventures, to become one of the first camera-performers of Cirque du Soleil.”

My name is Joëlle Zilberman Monestier, I was born in Ibiza and I grew up in an argentine-french family with a wonderful cultural background and a fine sense for the aesthetics. My first contact with stage was at 6, I studied classical ballet and contemporary dance for 12 years, I tuned my voice singing with my father’s small rock band, took my first steps in script writing and lived through theatre plays.

When I reached 17 I headed to Barcelona to study.  I got an University degree on Audiovisual Communication and specialized in Script -  as a result of a high attraction I had always felt towards characters and films.  I then started my dream of full time studies of acting following Stanislavsky methodology and continued to train in musical comedy and dance.

I started to embrace the Light, it became a tool to create that special atmosphere for my characters. I continued to be in favor of stories and Truth. I decided to study Direction of Photography and Film and have ever since worked in TV series, Cinema and Theatre. I was on both sides: I worked as a camera technician and performed in theaters, classics, musicals, and television series. My experience on set produced in me a new professional dimension, a deep awareness of team and choreography that is generated between departments.

It was then when the famous singer Manolo García gave me the opportunity to come up with my new project on a national tour: CAMERA DANCER, a performer capturing his concerts with a live camera on stage while being part of the show, dancing and interacting with all the performing artists. As camera dancer I transmitted the atmosphere on stage by taking close shots and make the audience become an accomplice of the show watching my shooting on the big screens. This exceptional role between the audience and performance itself, combining Technology and Art, visual and sensitivity has given me better awareness and trustfulness on stage.

I was raised by the sea, and I love sailing on it. I have been able to enjoy every summer sailing in the Mediterranean as a professional sailor bordering the Balearic Islands.